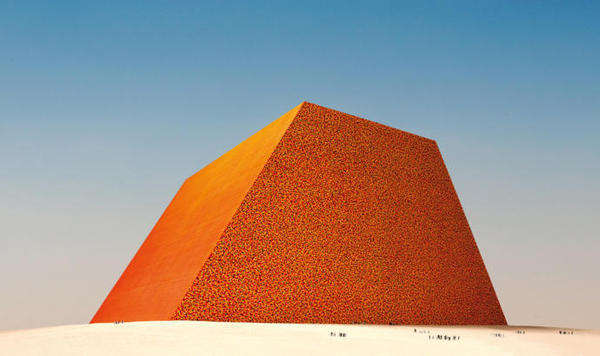 Meghan Young — November 27, 2012 — Unique
References: latimes & theverge
Share on Facebook Share on Twitter Share on LinkedIn Share on Pinterest
Rivalling the size of the great pyramids, The Mastaba, once completed, will set the record as being the world's largest manmade sculpture. An impressive feat, to say the least, The Mastaba was clearly too impressive to build 30 years ago, when the idea was first conceived. In reality, past conflicts in the Middle East delayed its progress. Now independently financed with $340 million, the 492-foot-tall structure will finally be erected.

Designed by artist Cristo, The Mastaba will be constructed 100 miles from Abu Dhabi in the Al Gharbia region using 410,000 multi-colored barrels. According to the Verge, "An array of reds and yellows will be used in an effort to mimic Islamic mosaics, with the sides of the structure appearing 'almost full of gold' as the sun rises."
1.7
Score
Popularity
Activity
Freshness
Get Trend Hunter Dashboard