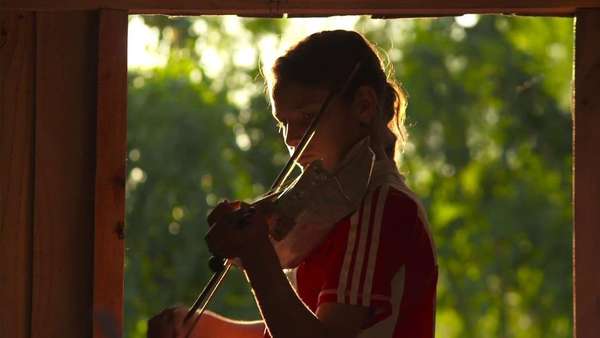 Landfill Harmonic is a Film About Children and Recycled Instruments

Tiana Reid — May 18, 2013 — Social Good
References: facebook & kickstarter
Share on Facebook Share on Twitter Share on LinkedIn Share on Pinterest
While Landfill Harmonic isn't exactly a social business in the way that we at SocialBusiness.org describe it on our information page, it's still a way of melding the triple bottom line -- people, planet and profit -- that's catching attention. It's a sexy cause, however, so it's no surprise. And the feature-length documentary film that comes along with it makes it that much more easily digestible and perhaps even sensational.

The film, which has a Kickstarter to raise money (a campaign which currently has $214,129 pledged of the $175,000 goal, with over 4,976 backers), is about a group of children in Paraguay that formed an orchestra with a garbage picker through the creation of instruments through the recycled trash itself.