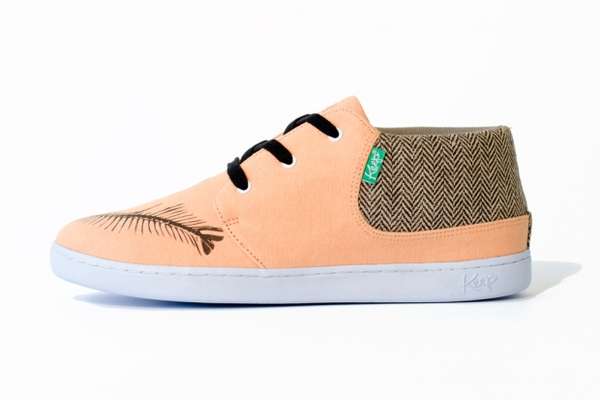 Romina S. Cortellucci — June 17, 2012 — Fashion
References: keepcompany & hypebeast
The Keep + Bon Iver Shoe walks to the beat of its own drum. This isn't the first time the Los Angeles-based shoe brand The Keep has collaborated with an indie artist (having previously worked with experimental band Animal Collective). This time around, they are working with artist Bon Iver, who is also known as singer-songwriter Justin Vernon.

The limited edition kicks were designed by Vernon using The Keep's trademark Ramos shoe. Using a custom pale salmon color, the detailed shoes also feature a herringbone accents, a gum rubber sole, and a black fishbone detail on the toe.

The design isn't even the best part of the shoe as the partnership formed over a love of animals and the funds from this project are going to support the animal advocacy group Best Friends Animal Society.

The shoes are currently available for pre-order, but the shoes aren’t expected to ship until October.
6
Score
Popularity
Activity
Freshness