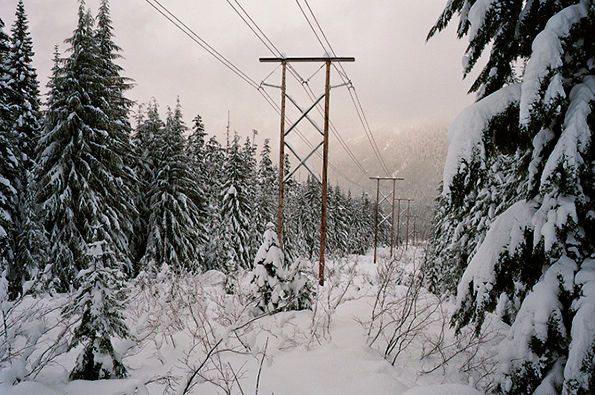 The Great Divide by Nich Hance McElroy Captures the In-Between

Meghan Young — May 7, 2014 — Fashion
References: nhmcelroy & itsnicethat
Share on Facebook Share on Twitter Share on LinkedIn Share on Pinterest
The Great Divide photo series captures the tranquil side of America, documenting undisturbed moments and spaces that contrast starkly with the bustling city life the country is known for. Yet it manages to focus on specific scenarios. It's Nice That notes that they "are of the things in-between: of fences, horizons, edges, and rivers, of the mysterious places where a city begins or a mountain comes to an end."

By doing so, The Great Divide photo series encourages audiences to reflect on such dichotomies in the context of the country. Shot by Nich Hance McElroy, a photographer born in Minneapolis, Minnesota, raised in Seattle, Washington, and based in Vancouver, Canada, the series captures his own diverse experience of the land he grew up (and continues to grow) in.
1
Score
Popularity
Activity
Freshness
Get Trend Hunter Dashboard