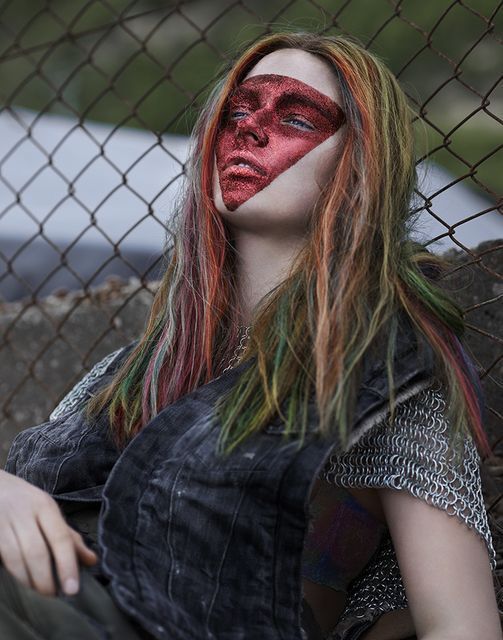 In addition to the alien-esque appeal that characterizes The Glitz Kids, stylist Tara St Hill infused the set with a grungy manner of dress. Ruffled flannel belly tops were showcased alongside cut off denim vests, metallic mesh, vintage denim and thick black belts, all pieces that are associated with 1990s-era grunge.

Strips of orange, green and red were also strewn through the hair of the models, making them appear all the more avant-garde.