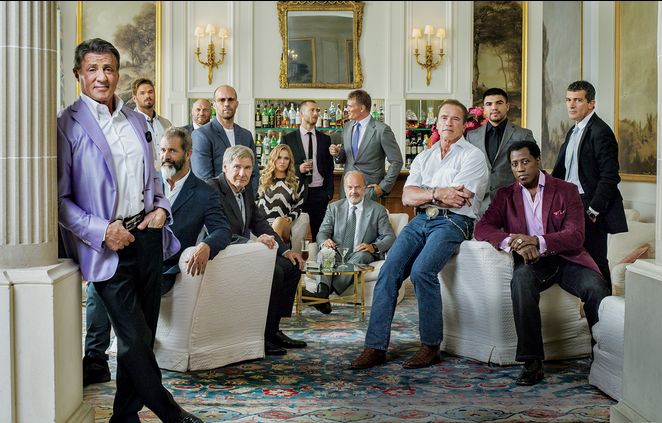 The Expendables Photos for Vanity Fair are Refreshingly Dapper

Meghan Young — July 22, 2014 — Fashion
References: vanityfair
Share on Facebook Share on Twitter Share on LinkedIn Share on Pinterest
The Expendables photos for the August 2014 issue of Vanity Fair shows the action stars, both young and old, trading in their macho man outfits for something a lot more dapper. Suited up in outfits fit for the premier of their upcoming third installment, which is set to hit theaters on August 15, 2014, some of the guys keep it safe and simple in traditional blues and grays while others such as Sylvester Stallone and Wesley Snipes sport more colorful items.