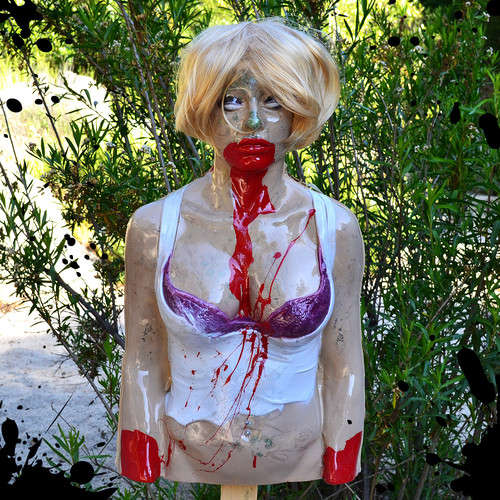 The Ex by Zombie Industries is Controversial and Violent

Meghan Young — May 15, 2013 — Unique
References: zombieindustries & fastcoexist
The Ex by Zombie Industries is a creative shooting target that has stirred up a lot of controversy. As its name suggests, it is meant to represent an ex-girlfriend, one that tore out the shooters heart before becoming someone else's meal. Since it promotes violence against women, it is not surprising that the product has come under some heat. Of course, it is a clever marketing ploy as well.

Accompanying The Ex by Zombie Industries is a video showcasing the product for all to see. It is this aggressive film, which at one point says, "we killed this bitch," that has put up red flags everywhere. Since then, it has been renamed 'Alexa' and is a home wrecker 'with a wicked mean streak' rather than a heartbreaker.
1.5
Score
Popularity
Activity
Freshness