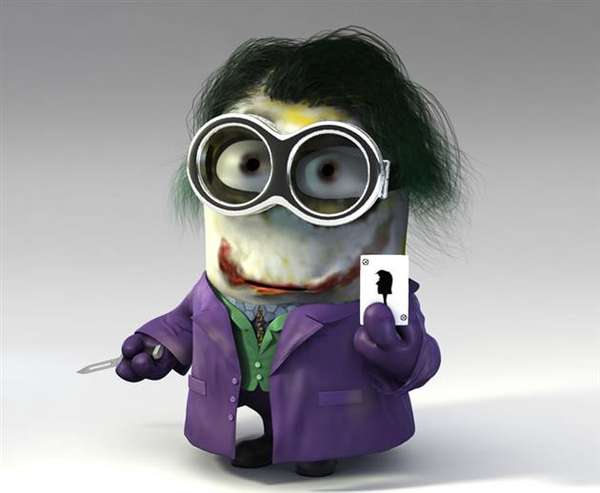 The Despicable Me Minions Dress Here as Popular Characters

Sarah St.Jules — August 11, 2013 — Pop Culture
References: sneakhype & hiconsumption
Crosses between different forms of popular culture is always a humorous sight, and the Despicable Me Minions have been dressed up as other famous counterparts.

In this series, the Minions have been put in unsuspecting situations where they have been turned into other people. They are still clearly the Minions, but they have been put in front of popular backdrops as well as dressed in iconic clothes. No one is off limits, as they have replicated stars from television, music, movies and video games. They have copied some notable characters such as Wolverine, Neo, Daft Punk, The Joker and Buzz Lightyear. The series is also very well done, it actually looks as though these could be the original characters. The Despicable Me Minions have perfectly copied other pop culture icons, and in the process made an adorable series of pictures.
7
Score
Popularity
Activity
Freshness