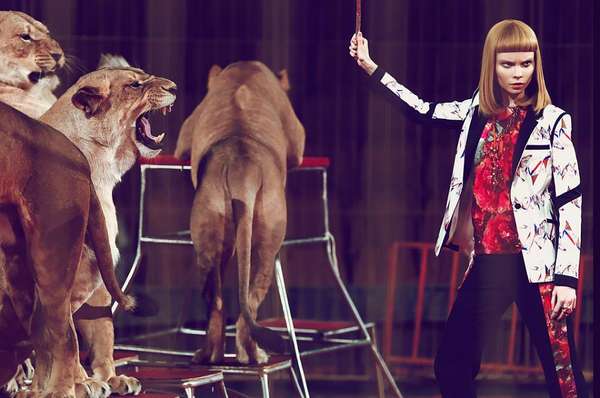 The Circus by Igor Oussenko Stars an Animal-Loving Aspen

Meghan Young — May 7, 2013 — Fashion
References: oussenko & fashionising
Share on Facebook Share on Twitter Share on LinkedIn Share on Pinterest
The Circus by Igor Oussenko, a photographer based in Ural, Russia, has come to town. But instead of putting on an animal show, it puts on a fashion one. Taking on the role of ringmaster, IMG model Aspen foregoes the typical top hat and coat tails for looks that are a lot more edgy and contemporary. Of course, she does keep a hold of the whip.