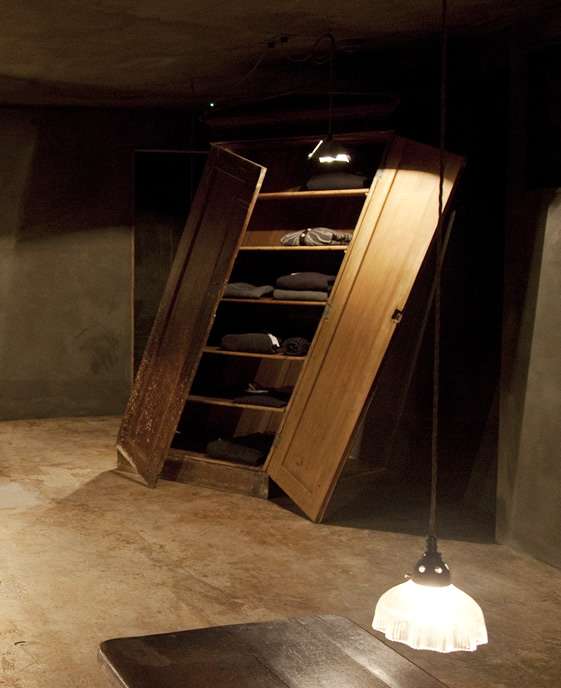 Hostem Adds 'The Chalk Room' to Its Interior Design

Katherine Vong — January 17, 2012 — Art & Design
References: hostem & highsnobiety
Share on Facebook Share on Twitter Share on LinkedIn Share on Pinterest
Hostem, a menswear boutique in London, has added a new underground section to its store called 'The Chalk Room.' Architecture and design duo JAMESPLUMB (made up of James Russell and Hannah Plumb) are the masters behind the design; the pair also created the upper level interior design for Hostem, which was featured recently on Trend Hunter.

With its dimly lit interior, stone walls and sparse furnishings, The Chalk Room definitely presents an eerie ambiance. However, when it comes to providing a unique place where Hostem can feature its most coveted designer pieces, it certainly gets the job done. According to Plumb, the goal of The Chalk Room was to create a place that focuses on tradition and highlights the craft and skill of the designers. To do so, the design duo added a slanted Victorian wardrobe, created a pile of old antique suitcases and reconfigured a Chesterfield from the 19th century by extending it with a church pew.
5.3
Score
Popularity
Activity
Freshness
Get Better and Faster