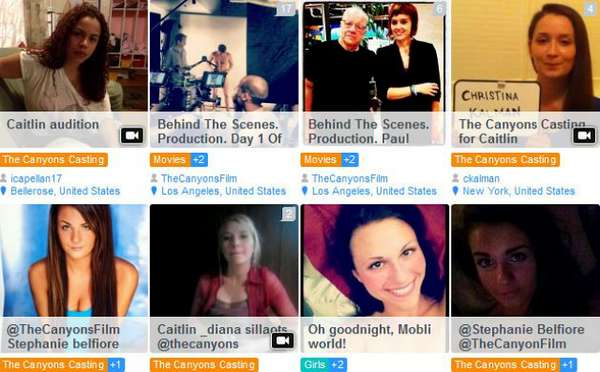 Media-Sharing App Mobli Used to Find Actress for The Canyons

Katherinev123 — July 19, 2012 — Unique
References: mobli & mashable
Share on Facebook Share on Twitter Share on LinkedIn Share on Pinterest
The producers behind the movie The Canyons, which stars Lindsay Lohan and James Deen, used a very unconventional approach to casting one of its characters. They went on the new multimedia-sharing app, Mobli, to search for an actress to play the character of 'Caitlin,' a beautiful, shallow, 20-something socialite, in the movie.

The makers of The Canyons, which was funded via Kickstarter, put up an open casting call on Mobli for three weeks, and the project received over 125 submissions from eager amateur actresses. (The winner was Lauren Schacher, who the producers surprised this week.)

The idea of using something like Mobli to cast a movie points to the changing movie industry, and how new media forms are playing a role in their development. As the movie's screenwriter, Bret Easton Ellis, stated, "The way of making movies is changing. Mobli is going to be a part of what the future of making movies is about."
0.6
Score
Popularity
Activity
Freshness
Attend Future Festival Virtual

74 Reality TV Innovations
From the Kardashians to the Lohans, Reality TV is Taking Over
play_circle_filled