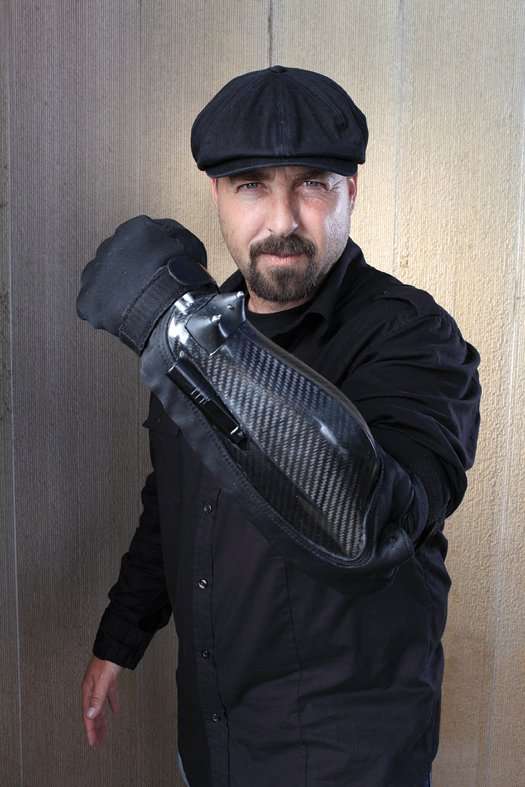 The BodyGuard Armor Sleeve is a removable sleeve equipped with a video camera, laser pointer, flashlight and most importantly, a high-voltage taser and armor plate. The idea was hatched with the help of actor Kevin Costner, one of David Brown’s colleagues from his day job as an editor, producer and cameraman. In addition to investing in the Bodyguard Armor Sleeve, Costner appears in the first official demonstration video of the product.

The armor sleeve is versatile and allows the user to point, shoot and run while wearing it. Brown and Costner suggest that the BodyGuard Armor sleeve will be perfect for police officers or serious outdoorsmen worried about fending off bears, mountain lions and other wild animals. The product was first demonstrated this past May at the U.S. Department of Justice’s Mock Prison Riot, in West Virginia. There are plans to provide testing units to police forces later this year.