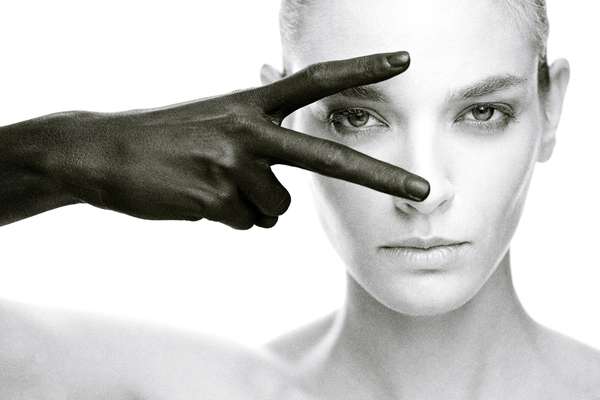 The Blackening Series Boasts a Battle of Two Shades

Shot by Denmark-based photographer Flemming Leitorp, The Blackening photo series centers around a beautiful model that is pretty much devoid of makeup. A minimalist beauty shoot, it plays with the idea of contrast, specifically the conflicting colors of ebony and ivory.

With an interesting interaction between the two, the shoot will show you that one shade is clearly overcoming the other in The Blackening photo series. Consider its title if you can’t figure out exactly which one I’m referring to.

I love how expressive the hands become in The Blackening series due not only to the black paint, but the direction of Leitorp as well.
5.8
Score
Popularity
Activity
Freshness
View Innovation Webinars