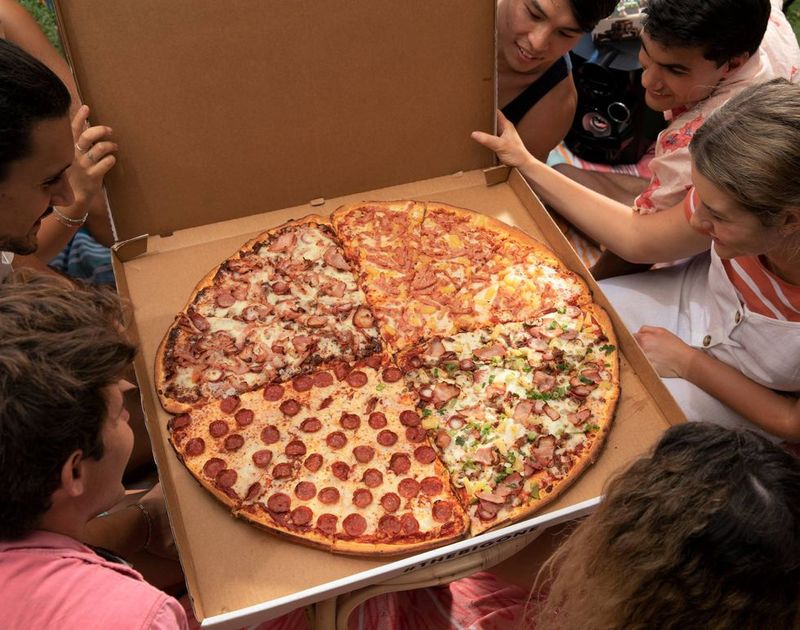 Domino's Australia 'The Big One' is Its Biggest Pizza Ever

Katherine Pendrill — December 25, 2018 — Lifestyle
References: thebigone.dominos.au & delish
Share on Facebook Share on Twitter Share on LinkedIn Share on Pinterest
If an XL pizza isn't big enough to feed your family, you might want to consider 'The Big One' available from Domino's Australia. Not only is the new pizza the chain's biggest ever, but it also comes with four different flavors so that there's something for everyone to enjoy.

Just as the name suggest, The Big One is Domino's Australia's biggest pizza ever. In total, the pizza is 40-inches across and it's split into four quarters, each of which contains a different flavor: Pepperoni, Supreme, BBQ Meatlovers, and Hawaiian. In fact, the pizza is so massive that only two are available per store, per day, so customers should order in advance. It's also too big for delivery drivers, so you (and some friends) will need to go pick this massive pie up in person.