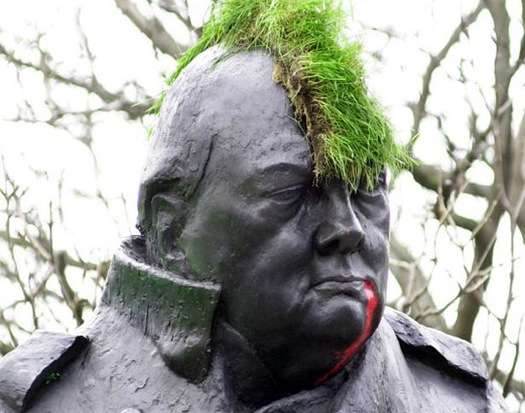 'The Antics Roadshow' Chronicles the History of People Behaving Badly

Meghan Young — August 12, 2011 — Pop Culture
References: psfk
Share on Facebook Share on Twitter Share on LinkedIn Share on Pinterest
As graffiti and other forms of street art become more and more popular, and even commercialized some might say, it is only natural that a TV special, 'The Antics Roadshow,' would arise in order to cleverly and honestly document its history. More than that, however, this show will interview some of the most elusive and infamous street artists and political figures out there, therefore gaining some insight into the motivation behind these illegal acts.

Produced by none other than the legendary Bansky, 'The Antics Roadshow' was actually inspired by the name first and foremost. Banksy then worked backwards in order to come up with the premise of this TV special.

'The Antics Roadshow' will be narrated by Kathy Burke and produced by Jaimie D’Cruz of ‘Exit Through the Gift Shop’ fame.
2.5
Score
Popularity
Activity
Freshness
Get the 2021 Trend Report FREE