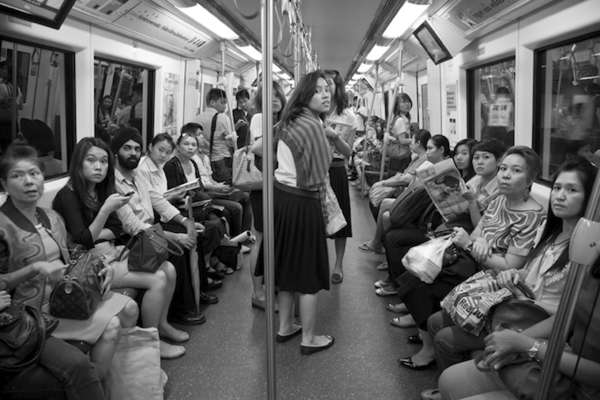 After living in New York and moving back to Thailand, Benz became overwhelmed by the anti-social nature of the Western world. People staring at their phones and not connecting to one another, but inanimate objects. Benz became fixated on the idea of capturing people’s attention and how to connect people again and generate genuine spontaneous responses. His plausible idea was that if you shout at strangers while they are riding the subway, you will most likely get a response and he did.

Benz perched his camera and began shouting a varied of words from foods “Broccoli,” “Omelette,” “Mushroom” transitioning to animals and people “Kakfa” and “Alligator.” Each time gauging the people’s responses and snapping photographs. Through his photographs, Thai artist Benz Thanachart was able to reconnect to people and compelled them to band together in a shared moment.