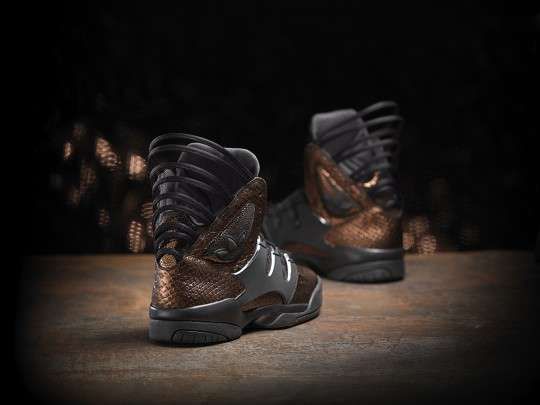 As the name suggests, the high top sneakers are inspired by Teyana Taylor, an American dancer, singer and Harlem GLC (Good Luck Charm). Just like the shoes inspiration herself, the kicks are a modern urban delight with a touch of sass and edge. Using Ms.Taylor's affinity for basketball, the shoes come in a snake skin metallic upper, a black sole as well as a contrasting black side panelling. The true pièce de résistance on the shoe is the leather lace system situated at the back of the shoe, which gives it a more high fashion vibe.

The Teyana Taylor Adidas Originals will be appropriately released on February 16th during NBA All-Star weekend but for those who would like their hands on them immediately, they can also be pre-ordered beginning January 1st.
4.1
Score
Popularity
Activity
Freshness
Jeremy Gutsche Keynote Speaker