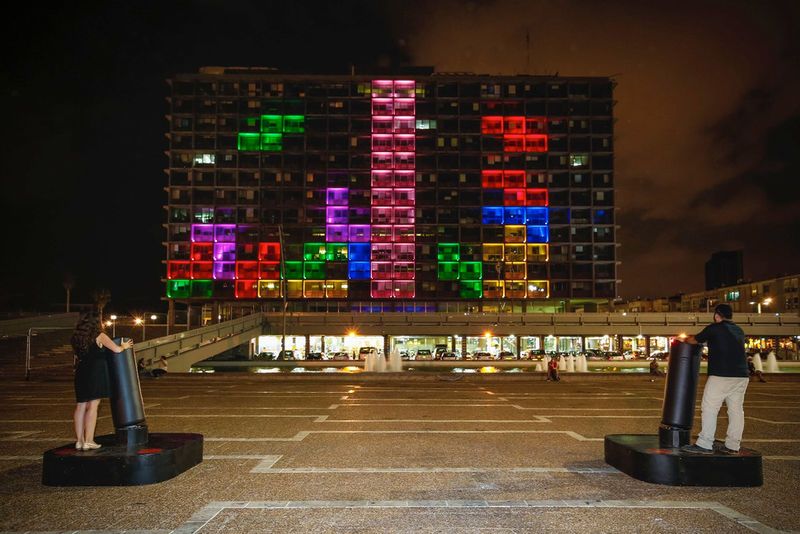 This Building's Facade was Turned into a Playable Tetris Monitor

Joey Haar — September 8, 2016 — Tech
References: dldtelaviv & digitaltrends
Share on Facebook Share on Twitter Share on LinkedIn Share on Pinterest
As a celebration of the upcoming DLD Tel Aviv Innovation Festival, the Tel Aviv-Yafo Municipality building's facade underwent a dramatic, unconventional transformation: it became a giant, playable Tetris monitor. Rather than receiving a fountain or an art installation, the DLD Tel Aviv Innovational Festival chose to stay true to the innovation in its name, using colored LEDs to illuminate the broad side of the government building.

More than just a light show, the Tetris monitor is fully playable. It allows two gamers to face off against one another, rotating the orientation of the gigantic Tetris blocks by pushing human-sized joysticks that look something like boxer's heavy bags.

The 3,000 square meter Tetris monitor gets lit up through 480 coordinated LED lights. It is also capable of playing two other classic arcade games: Pong and Snake.
6.5
Score
Popularity
Activity
Freshness
Get the 2023 Trend Report FREE