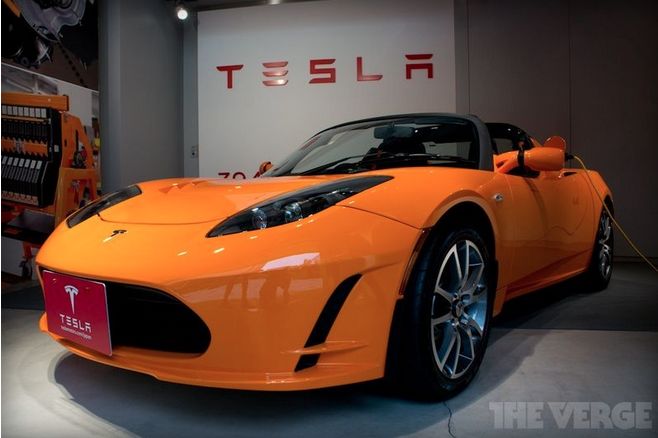 Meghan Young — July 20, 2015 — Autos
References: teslamotors & theverge
Share on Facebook Share on Twitter Share on LinkedIn Share on Pinterest
The original Tesla Roadster may have been intended as a niche vehicle, but it's not only been kept in the market since 2006, it's now receiving its first upgrade to date. As stated, almost nonchalantly, in a recent press release, "There is of course one speed faster than ludicrous, but that is reserved for the next generation Roadster in 4 years: maximum plaid."

The auto world is now buzzing with excitement over the new Tesla Roadster and what it will be capable of. The Verge writes, "The Roadster would help raise the company's profile as a sports car manufacturer, which is a little ironic considering that the Ludicrous Speed upgrade announced today for the P90D already takes the sedan from 0 to 60 in a scant 2.8 seconds."
4.2
Score
Popularity
Activity
Freshness
View Innovation Webinars