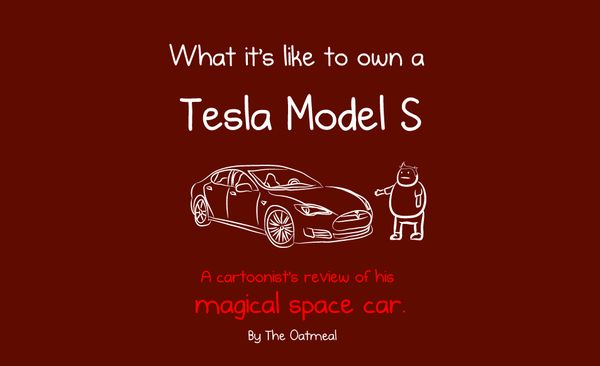 The ode to the Tesla Model S comes in the form of an illustrated guide that takes you through the car's best features. As fun and entertaining it is to read about the "Intergalactic Spaceboat of Light and Wonder," as described by The Oatmeal's creator Matt Inman, there's also a purpose to it.

Last year, Inman started a crowdfunding campaign, with the aim of saving Nikola Tesla’s former laboratory. Although $1.3 million was raised to save the land, that was about all it covered. With this comic, Inman attracted the attention of Tesla Motors CEO Elon Musk, who has agreed to provide $8 million to put towards a museum honoring Nikola Tesla.
4.7
Score
Popularity
Activity
Freshness
Access Advisory Services