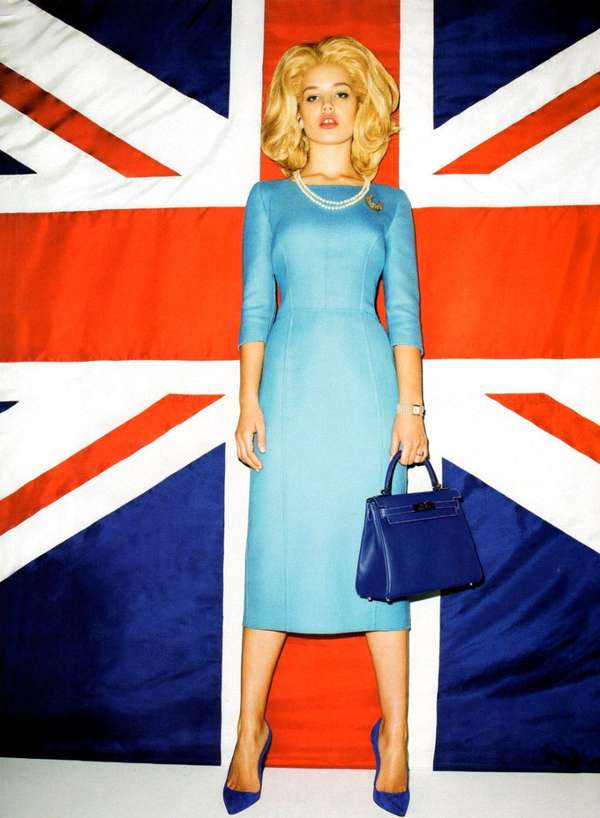 The Terry Richardson Georgia May Jagger Shoot Gets Governmental

Styled in outfits from high-end designers like Oscar de la Renta, Miu Miu, Moschino, and Valentino, the 19-year-old Jagger is captivating, free-spirited, and alluring. She displays a deft ability to play the ham, waving with beauty pageant like precision in front of London landmarks like Big Ben and 10 Downing Street.

My favorite photograph in the Terry Richardson-Georgia May Jagger Harper's Bazaar editorial features Mick's little girl standing in front of the Union Jack. Her facial expression and body language exude a strange but enticing mixture of ennui and sensuality. The shot is drastically different from many in the editorial, but easily the most compelling.