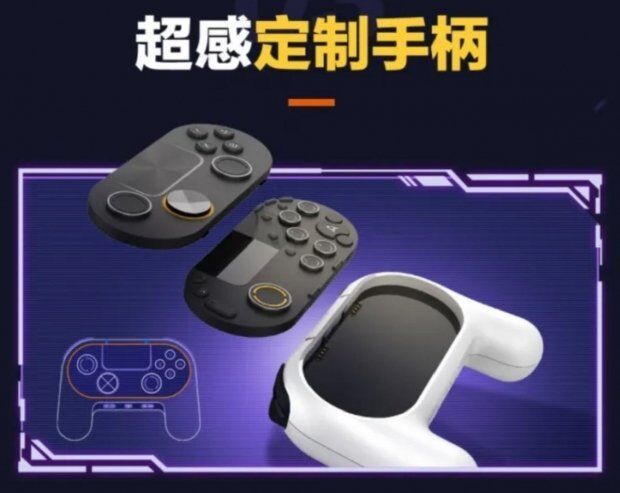 Niko Pajkovic — October 14, 2021 — Tech
References: tencent & tweaktown
Share on Facebook Share on Twitter Share on LinkedIn Share on Pinterest
Chinese multinational technology company Tencent has unveiled the design for its innovative, shape-shifting mobile games controller. The new controller, which was announced during the company's annual conference, comes as part of Tencent's broader development of its comprehensive cloud gaming service that will be launched under 'Tencent Cloud.'

The modular controller has been designed to be easily customized for specific games via swappable parts. The "face" of the controller, which consists of its buttons and thumbstick, can be removed from the handheld, shell case. This allows users to swap out various "faces" depending on the game they are playing. For example, one six-button design aims to mimic the layout out of popular touchscreen games.

Other features of the new controller include vibration feedback, voice input, Bluetooth connectivity, touch-pad controls, and a powerful battery that can provide enough juice for 10 hours of non-stop play.