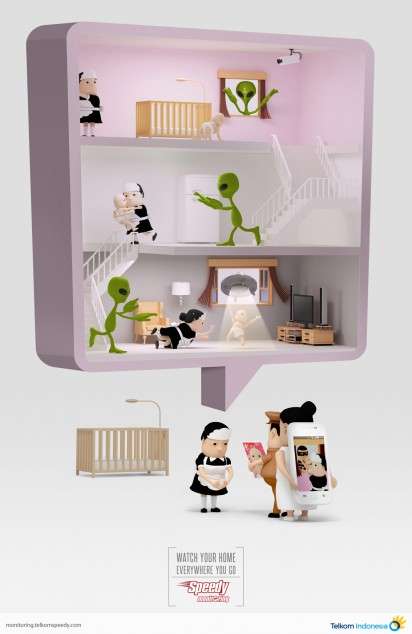 Meghan Young — January 22, 2013 — Tech
References: grey & ibelieveinadv
Anything can happen when people leave their home even for just a moment, so as the Telkom Indonesia Speedy Monitoring ad campaign promotes, they may want to invest in a service that will allow them to keep an eye on it even when away. The images hilariously illustrate the benefits of such a service. In one case, two children are desperately explaining to their father why the house is on fire, stating that a dragon did it. All the while, the father is holding a phone with the real truth on it.