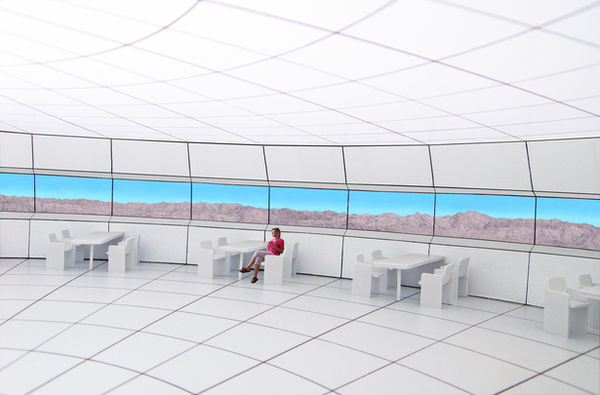 About three decades ago, Jantzen began to construct and design his concept for this revolving restaurant -- a windowless revolving restaurant that would replace its windows with large video screens. The idea includes mounting real-time video cameras on top of a tall support tower built into the center of the restaurant, enabling a real-time view seen by the cameras on top of the tower, sent down into the perimeter of the restaurant. The cameras would slowly rotate, giving diners the feeling of the building rotating.

Real time images could be sent from anywhere in the world via the Internet from separate camera tower installations, so each day the restaurant would have a different view and menu to match.
2.2
Score
Popularity
Activity
Freshness
Attend Future Festival