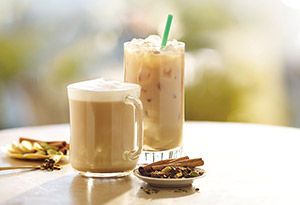 The Teavana Oprah Chai is the Star's Latest Endeavor

Davina Sinnatamby — March 27, 2014 — Pop Culture
References: oprah & huffingtonpost
Share on Facebook Share on Twitter Share on LinkedIn Share on Pinterest
Oprah had her own show, her own network and now her own tea: the Teavana Oprah Chai. The talk show host collaborated with Starbucks and tea experts at Teavana to create her own personal Chai blend. The tea is a bold blend of cinnamon, ginger, cardamom and cloves mixed with loose-leaf black tea and rooibos.

The new tea will be sold in Starbucks and Teavana in U.S., and in Canada starting April 29th. A portion of the tea proceeds will go towards the Oprah Winfrey Leadership Academy Foundation. A tea-lover herself, Oprah says in order to make the perfect tea she considered what would satisfy her personally, and the customers. "I like things really spicy," says Oprah.

Oprah is definitely going against the grain of typical celebrity-made products. Anyone can make a celebrity perfume, but there can only be one Oprah Chai.
4.6
Score
Popularity
Activity
Freshness
View Innovation Webinars