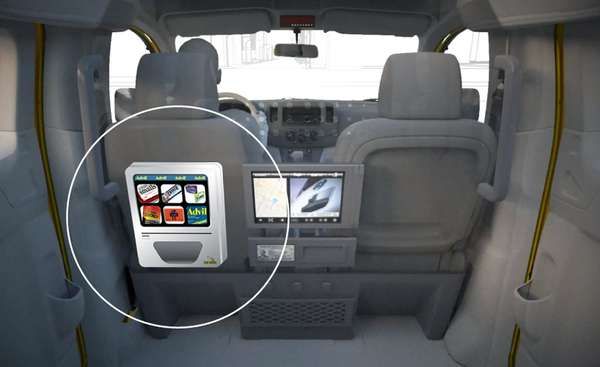 'Taxitreats' Dispenses Goods on the Go

Harris Jay Rosenberg Alterman — April 11, 2012 — Unique
References: designboom & psfk
Share on Facebook Share on Twitter Share on LinkedIn Share on Pinterest
'TaxiTreats' is a small vending machine that is attached to the back of seats in taxis to allow passengers to purchase snacks, energy drinks and over-the-counter painkillers. The machine works with an electronic touch screen allowing for quick and easy use.

This idea was created by Brian Shimmerlik from New York University's Stern School of Business and Tomas Grosskopf from the Universidad de Buenos Aires. The pair recetnly won the New York City Economic Development Corporation’s Next Idea Competition, which will allow them to get their idea off the ground. Their prize included $17,500 and a free office space where they can flourish they business. With this idea and two driven minds behind it, it may not be long before New York City cabs all have vending machines in them.