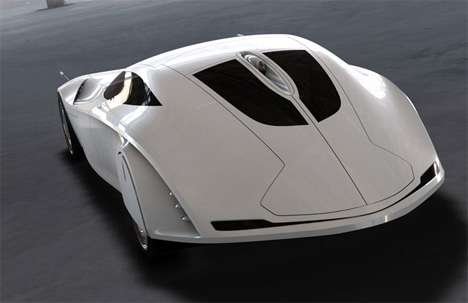 The resulting vision is the 903 Concept, an exotic luxury sportscar with an aerodynamic design.

â€œThe water drop shaped back refers to one of the most characteristic values of Tatra, the aerodynamics â€“ same as covered rear wheels. It may look retro, but in the term of aerodynamic optimization it has its own purpose,â€ said designer Jelinek.

He added, "The A-pillar has moved in the axis of the car â€“ again, not just a quotation of split screen theme pointing back to the original models, but certainly a safety factor designed to offer a better view from the car. I didn't want to refer to any model from the history of this legendary manufacturer, but I tried to catch something like the spirit of Tatra cars and bring it to aesthetics of the 21st century.â€

Tatra was founded in 1850, produced its first motor car in 1897 and the last one in 1999. Currently, Tatra produces heavy trucks only.

I'm hoping Tatra has a change of heart and picks up this awesome design.