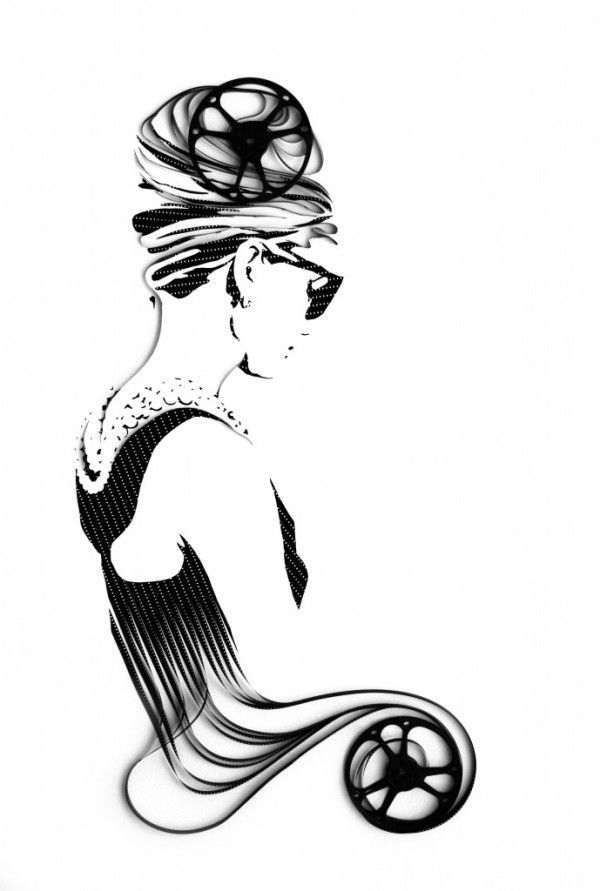 Meghan Young — July 17, 2014 — Eco
References: iri5 & visualnews
Share on Facebook Share on Twitter Share on LinkedIn Share on Pinterest
It isn't every day that old film rolls, video tapes and music cassettes spring to life as in these tape portraits. Depicting the stars of such objects, the tape portraits depict everyone from Audrey Hepburn, Jimi Hendrix and Traci Lords. Although similar creations have been made in the past, there is something particularly arresting about this collection.

Titled Ghosts in the Machine, the tape portraits were made by Erika Simmons, an artist based in New Orlean's French Quarter. Minimalist and artsy, people would love to display these images in their homes. Simmons writes, “I like to take these archaic technologies--relics from another world--and in a twisted way preserve them, reinvent them." She was chosen as the Official Artist for the 55th Grammy Awards.
6.2
Score
Popularity
Activity
Freshness
Get Trend Hunter Dashboard