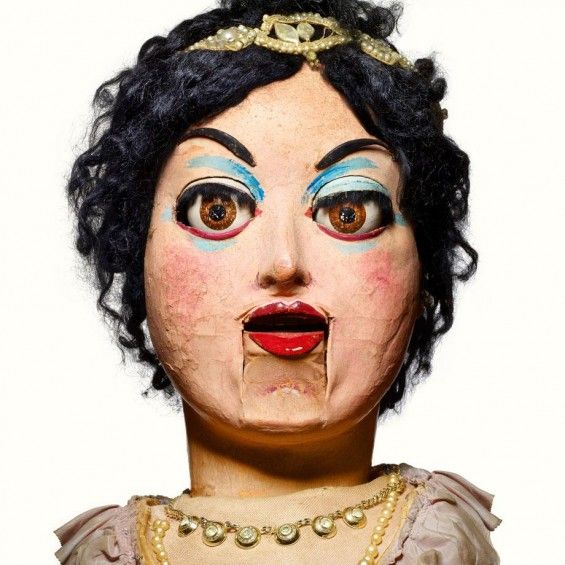 Talking Heads by Matthew Rolston is a Creepy Photo Series

Meghan Young — January 17, 2014 — Fashion
References: matthewrolston & beautifuldecay
Share on Facebook Share on Twitter Share on LinkedIn Share on Pinterest
It is hard not to be slightly creeped out by the portraits that make up the photo series titled Talking Heads by Matthew Rolston, a photographer based in Beverly Hills and Malibu, California. In place of his usual live models, the American photographer, who was discovered by Andy Warhol himself, ventured into the Vent Haven Museum in Fort Mitchell, Kentucky, to capture antique ventriloquist dummies.

Treating them as he would real people, the series titled Talking Heads by Matthew Rolston is shot against a white backdrop face-on. He writes, "By employing the same techniques and emotional approach I would apply to a human subject, I believe I was able to portray these figures in much the same way. … For me these figures have a yearning quality. They speak through their eyes, since their voices—voices of their ventriloquists—are now long silent."
1.9
Score
Popularity
Activity
Freshness
View Innovation Webinars