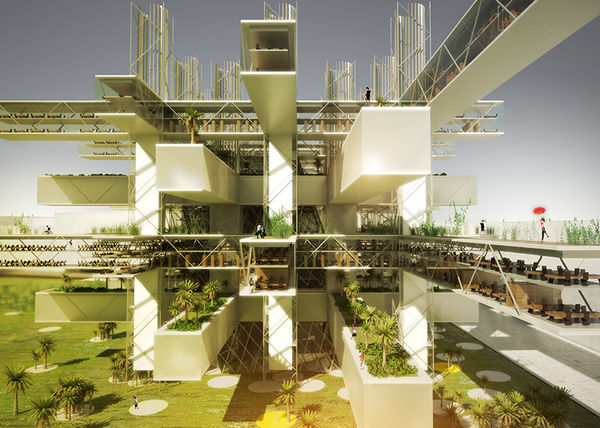 Each floor of the potential Taichung City Cultural Center juts out, so the building refuses to take on the traditional, rectangular shape. It also looks like much glass would be used for the design, ensuring light is constantly streaming throughout the building, which would be used for a public library as well as a museum. Moreover, the design is also eco-friendly, and energy for the building would come from wind going through a specific system attached to the structure, which would also make it less costly to light.