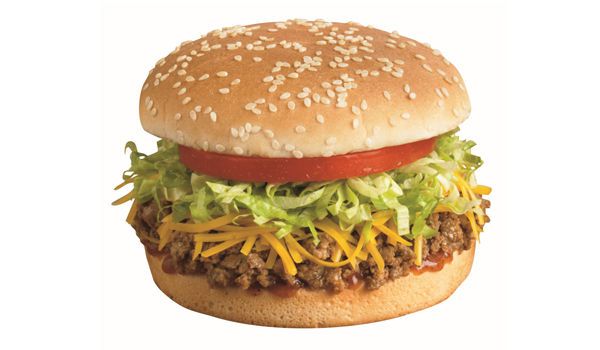 Laura McQuarrie — October 2, 2014 — Lifestyle
References: brandeating & foodbeast
Share on Facebook Share on Twitter Share on LinkedIn Share on Pinterest
In celebration of the 50th anniversary of Del Taco, the fast food chain revived several taco-themed items, including a taco burger. Rather than serving lettuce, tomato, cheese, ground beef and sauce in an actual taco, all of these ingredients are stuffed between two burger buns.

The burger doesn't much look like a taco-inspired burger, especially since the ground beef part of the burger makes it reminiscent of a Sloppy Joe. The Bun Taco was also introduced alongside two other foods, including a Taco Salad and an Orange Shake as part of the Throwback Classics menu. However, this fan-favorite was only offered as an item on Del Taco's secret menu, making customers seek out the taco burger.
4.3
Score
Popularity
Activity
Freshness
Attend Future Festival

Upscale Taco Eateries
The US Taco Co. is Taco Bell's Version of a High-End Taco Restaurant