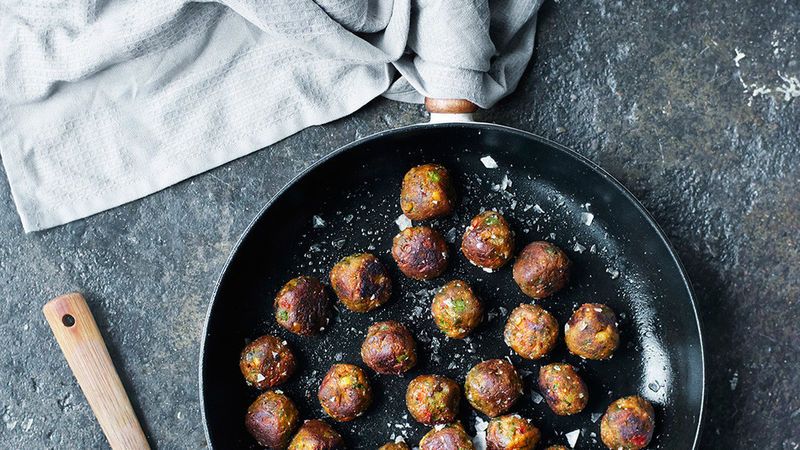 IKEA is Launching a Vegetarian Version of Their Swedish Meatballs

Alyson Wyers — April 9, 2015 — Eco
References: mashable & designtaxi
Share on Facebook Share on Twitter Share on LinkedIn Share on Pinterest
Furniture retailer juggernaut IKEA just announced they will be introducing a veggie version of their famous Swedish meatballs to European markets. This follows an announcement the company made almost a year ago that they would be releasing meatless alternatives in the name of environmental sustainability. PETA also petitioned them to begin offering an animal product-free alternative to their extremely popular menu item.

Called GRÖNSAKSBULLAR, the vegetarian Swedish meatballs will instead be made from carrots, chick peas, corn, green peas and kale. This move is also eco-friendly, as the veggie ball has a carbon footprint 30 times reduced from IKEA's regular meatball.

The GRÖNSAKSBULLAR will be rolled out in Europe and the UK, then the United States, Asia and Australia throughout the next month.
1.2
Score
Popularity
Activity
Freshness
View Innovation Webinars