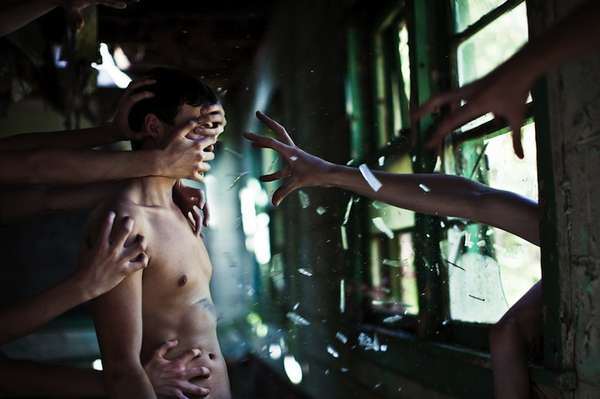 Paul Maccarone — August 7, 2013 — Art & Design
References: tottphoto & mymodernmet
Share on Facebook Share on Twitter Share on LinkedIn Share on Pinterest
In the clever photography of Austin Tott, the world is filled with a constantly repeating surreal deja vu of objects. In his photography series, Tott is continuously showing scenes where specific objects are repeating numerous times, which creates an otherworldly effect.

Tott explains, "I find it visually appealing, I suppose. I also like to take fairly normal, everyday-looking people and put them in odd situations, but the situations have to have some sort of believability to them or else the photo appears too fake." It's definitely an interesting concept that Tott is exploring and what's more amazing is the ingenious stipulation that while the scenario isn't very plausible, it is definitely possible. While some of the surreal deja vu depictions look more like nightmares, many of them are a more whimsical look at the imaginative world Tott has created.
6
Score
Popularity
Activity
Freshness
Attend Future Festival