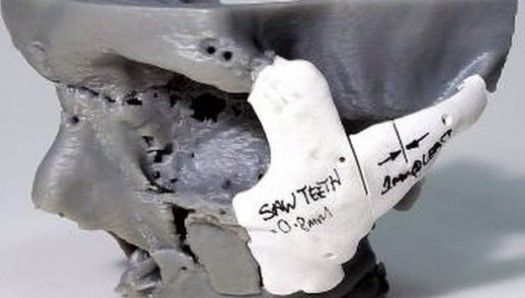 Stephen Power from Cardiff had a tragic injury in 2012 that left much of his face damaged. He survived thanks to his helmet, but it still left much of his face injured. With 3D printing surgeons from the Centre for Applied Reconstructive Technologies in Surgery,  or CARTIS, were able to completely reconstruct his face. What’s even more amazing is that they could do it during the surgery.

3D printing has come a long way and has been able to do almost anything the mind can imagine, but being able to rebuild a face is a whole new level.
5.4
Score
Popularity
Activity
Freshness
Access Advisory Services

3D-Printed High-Tops
The Sneakerbot II Shoes Can Be Crumpled, Stashed Then Reshaped for Wearing
play_circle_filled