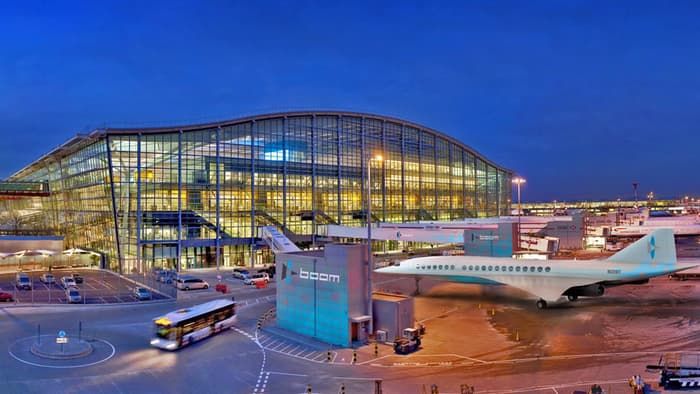 Boom Technology's Airliner Will Be Faster Than the Concorde

Rahul Kalvapalle — March 23, 2016 — Autos
References: boom.aero & gizmag
Share on Facebook Share on Twitter Share on LinkedIn Share on Pinterest
Boom Technology is an extremely ambitious company, based in the state of Colorado, that is all set to develop a 40-passenger supersonic airliner that will fly faster than the Concorde and will not be exorbitantly expensive. It sounds and is audacious, but Boom Technology is confident of developing a supersonic passenger airliner that can fly at speeds of Mach 2.2 (around 2,700 km/h).

Headquartered at Centennial Airport, Boom Technology expects to build its supersonic airliner in only a few years. It will be able to carry 40 passengers in two single-seat rows of first-class seats at a cruising altitude of 60,000 feet.

Boom Technology's supersonic airliner is still in the artist concept and mock-up stage, but a development prototype is set to be ready to take on a first flight in late 2017. If Boom Technology succeeds in developing this airliner, it could completely revolutionize commercial travel, particularly in the premium and business areas.