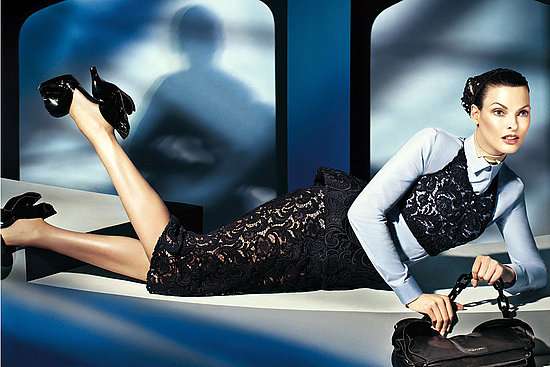 While Naomi Campbell killed in the latest issue of V Magazine, the art direction of this campaign feels cold and robotic, with Linda offering strange (and at times unsettling) facial expressions.

It’s like Prada decided to fill the ‘robotic’ void left with the absence of Victoria Beckham from the new Marc by Marc Jacobs ads (which are plenty weird still).

The only thing I do like about these ads is the cool shadow play, which shows the silhouette of Evangelista on the wall, in a different pose.

The blue-hued campaign was lensed by the famous Steven Meisel.