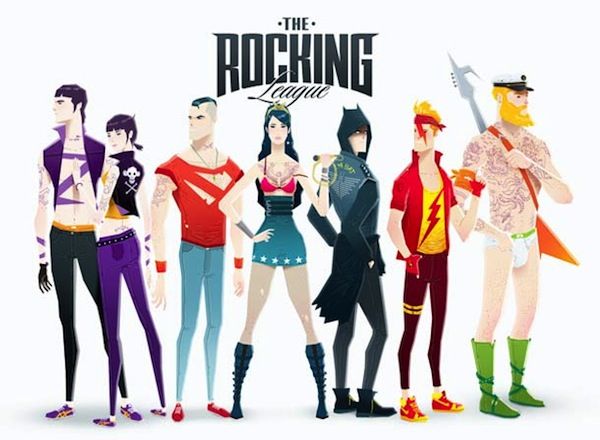 Megan Facciuolo — May 2, 2014 — Pop Culture
References: facebook & designtaxi
Superhero drawings are a popular pass time among many artists, but illustrator Andrés Moncayo is adding more of a rockstar twist to his superhero works. The New York-based artist likes to imagine superheroes as rock musicians.

Batman is now suitable to be the next member of KISS, Superman looks like a member of the Foo Fighters and Wonder Woman could easily replace Amy Lee of Evanescence. Moncayo even studied how bands normally pose in photographs and illustrated each superhero in a similar, nonchalant matter.

All of the superheroes' color palettes are still intact, but their uniforms have been swapped out for edgy outfits. For example, Superman is wearing a red T-shirt that is teared to form the letter 'S' instead of his usual spandex getup.
5.1
Score
Popularity
Activity
Freshness