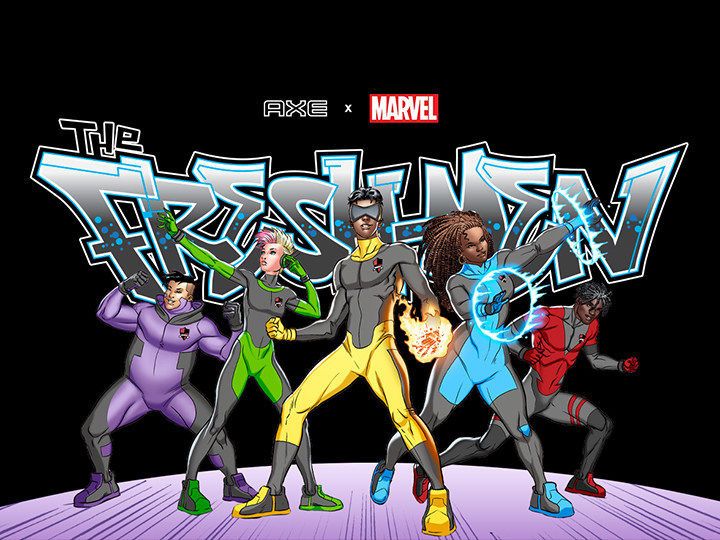 AXE and Marvel Teamed Up to Create 'The Fresh-Men' Heroes

Laura McQuarrie — July 15, 2019 — Marketing
References: axe & prnewswire
Share on Facebook Share on Twitter Share on LinkedIn Share on Pinterest
AXE and Marvel joined forces to create a new group of superheroes called The Fresh-Men, plus their own superhero comic video series online, a mixtape. These new heroes take inspiration from AXE's range of new Ice Chill products, which boasts what the body care brand describes as its "freshest fragrance yet." With its new band of superheroes, AXE is aiming to remind teens that "young guys and girls are their most confident and attractive when they're confidently cool."

The Fresh-Men series is set at the Future Minds School of Science & Technology, one of the Wakanda outreach academies for inner-city youth, and stars heroes like Burner, Windchill and Doubletime. In the video series, viewers will see a cameo from rapper and actor SuperDuperKyle.

At the upcoming Interactive Zone, fans will be able to get to know The Fresh-Men better and get copies of the limited-edition comic book.
4.2
Score
Popularity
Activity
Freshness
Access Advisory Services