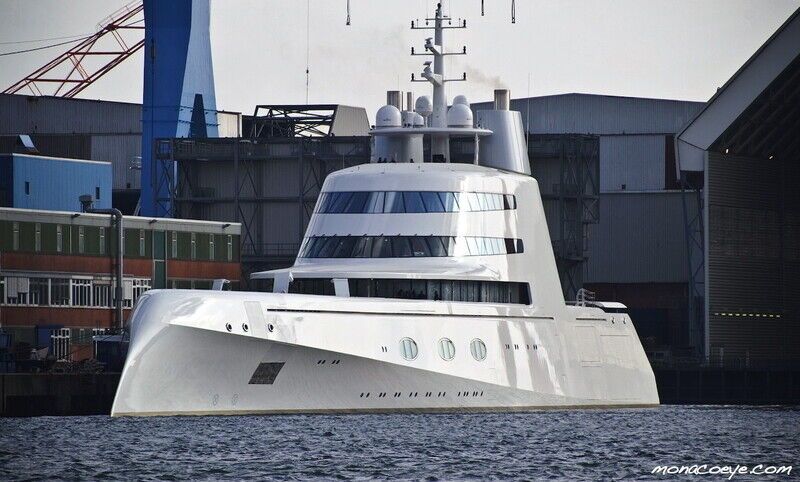 According to a Times Online article, it sneaked to Norway to take three Monet Paintings on board as extravaganza decoration... reportedly to avoid some taxes.

In 2003 Phillippe Starck conceived the yacht. Among the photos in the gallery is an art impression from his site under the vehicles tag.

At first glance it looks like a submarine. It is likely designed with the Zumwalt Class Destroyer in mind. The US Navy is developing this new destroyer class for delivery in 2013. It is named after US Admiral Elmo R. Zumwalt Jr..

In one of the photos that, according to a comment on the Monaco Eye post, was taken while the yacht as visiting Norway, its razor sharp bow is clearly visible.

I wonder what kind of weaponry they have installed in order to fence off pirates and art robbers....
6.8
Score
Popularity
Activity
Freshness
Get Better and Faster