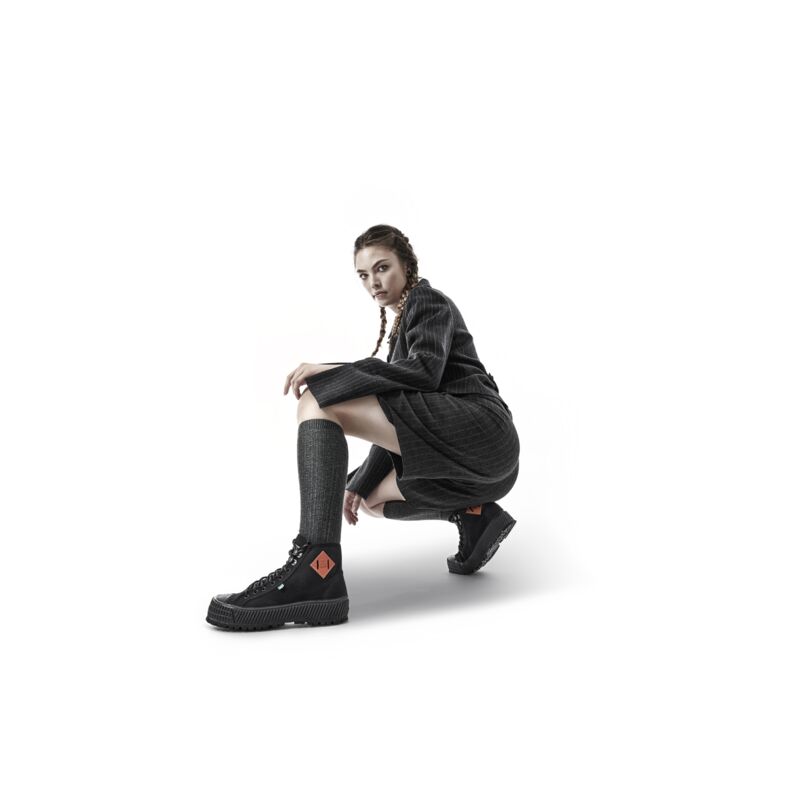 Super Special Sneakers are a 50s-Inspired Shoe Made Modern

Hristo Shiderov — November 30, 2020 — Fashion
References: superspecialsneakers
Share on Facebook Share on Twitter Share on LinkedIn Share on Pinterest
SinceDayOne is the multi-disciplinary, award-winning design company behind Super Special Sneakers. Based in Sofia, Bulgaria, the brand spends a huge amount of its creative efforts in the quest for timeless design formulas, with a strong focus on reviving and redesigning pieces from the past that it believes can live forever.

The design company's most recent example of reborn classics -- the Super Special Sneakers -- are classic canvas sneakers first born in 1951. The sneakers were originally named Super Special by their anonymous creators from the Central Modelling Department in former Czechoslovakia and were found in an old production book that SinceDayOne's team fell in love with.

Originally designed for hiking, the Super Special Sneakers can be versatile and fit the urban landscape too. The retro-themed shoes are made modern but remain produced on the same old production line as the original, one of the oldest in the world, while using the same vulcanizing technology and the same great choice of natural materials. The shoes feature heavyweight cotton canvas, high endurance lacing, vulcanized midsoles and country style rubber outsoles. Additionally, SinceDayOne added a specially developed water-repelling wax to protect them from bad weather conditions, giving their owners even more freedom.
5.9
Score
Popularity
Activity
Freshness
Get Better and Faster