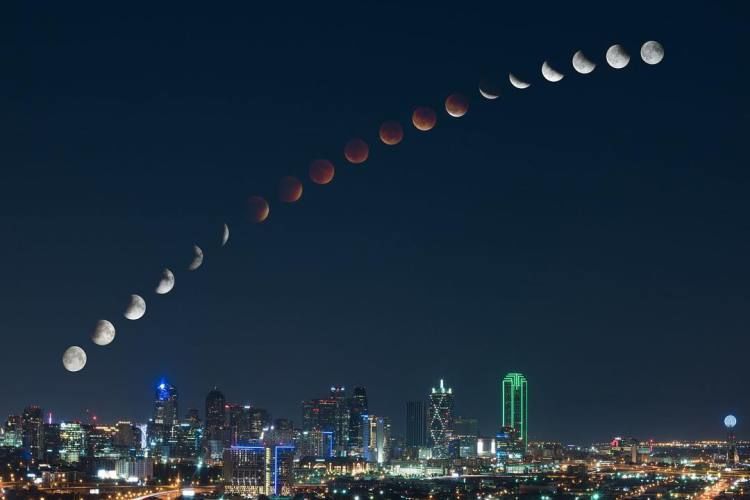 A super moon lunar eclipse is the conjunction of three lunar occurrences. First, a super moon, which occurs when the moon is full and at the point in its orbit that's closest to Earth. Second, a lunar eclipse, in which the Earth passes directly between the sun and the moon, casting its shadow on the moon and therefore making it disappear from view to human watchers. Third, the September 2015 super moon lunar eclipse was also a blood moon: the Earth's atmospheric light reflected off the moon, meaning that rather than appearing completely darkened, the moon glowed a coppery red color on the night of September 27th.