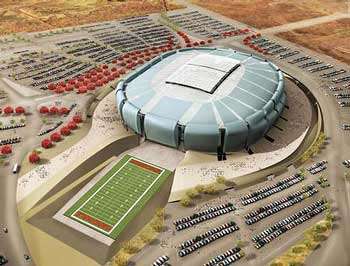 Super Bowl to Use Only Renewable Energy

"SRP is providing green energy to the stadium for the game, for the NFL Experience which is going on the week leading up to the game, as well as to a couple of the hotels here in Phoenix where Super Bowl guests will be staying," said Lori Singleton of the Salt River Project which partnered with the NFL among other eco projects.

"To offset the greenhouse gas emissions from the game and the associated activities here in the Valley, they decided to plant trees in forest areas that were burned by fires."

The Big Game will be played at the University Stadium in Glendale, and the state has taken this opportunity to showcase its commitment to clean energy.

"We do think that getting the word out about green energy showcases what our state is doing as it relates to renewable energy, as well as educates the public about what they can do to help make a difference," Singleton said.

Check out some more hype on this year's Super Bowl: