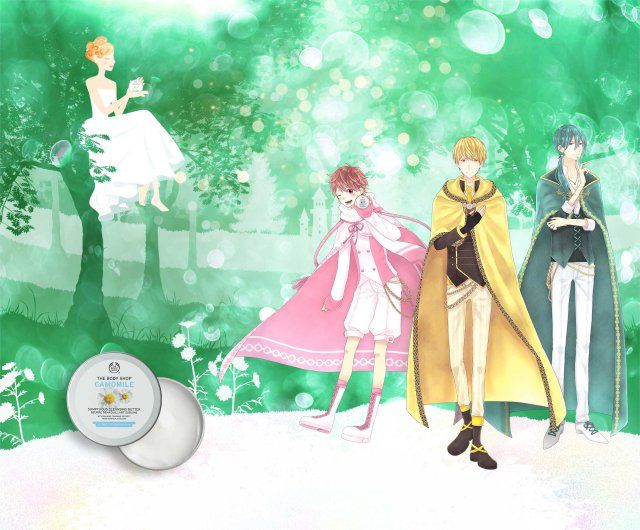 Laura McQuarrie — October 19, 2018 — Fashion
References: the-body-shop.co.jp & soranews24
The Body Shop's Sumptuous Cleansing Butter—which was released in 2016, has become a best-selling product in Japan. The brand is aiming to bring even more attention to it with a new campaign that has the product's main ingredients represented by a different anime character.

Sumptuous Cleansing Butter is made of soothing chamomile extract from England, olive extracts and Ghanaian shea butter. The campaign which is based on the 'Three Wizards and The Moisture Princess' introduces Chamomile Kaoru, Olive Jun, and Shea Hisoka. Each option is represented by different colors, personalities and voiced by well-known Japanese voice actors.

With this campaign, The Body Shop Japan tells consumers the story of how those who seek moisture in the Sumptuous Forest can be enchanting Moisture Princesses—but only with the help of the three wizards.
4.9
Score
Popularity
Activity
Freshness