Gas Can Guitars
Next
Set of
Related
Ideas 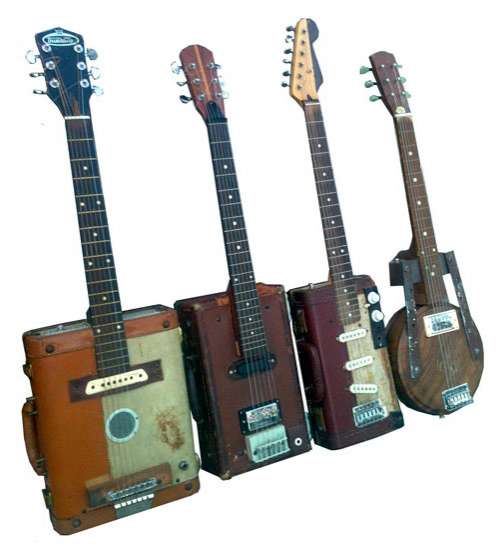 Jeff Conley’s Suitcase Guitars are Perfect for the Traveling Musi

Jeff is one part of the Jeff Conley Band that plays soothing upbeat folk tunes, which are all created using homemade antique electric instruments. As the story goes, Jeff had two guitars stollen from him after playing a show while on tour, so he had to improvise and he decided to build his own guitar using leftover parts laying around his house to build his instruments. Since then, the Jeff Conley Band has become known for its use of suitcase guitars and the signature sound they provide.

Not only does Jeff make guitars from suitcases, but he also has a microphone made from a measuring cup and a guitar built from an antique salad bowl.
2
Score
Popularity
Activity
Freshness
Jeremy Gutsche Keynote Speaker