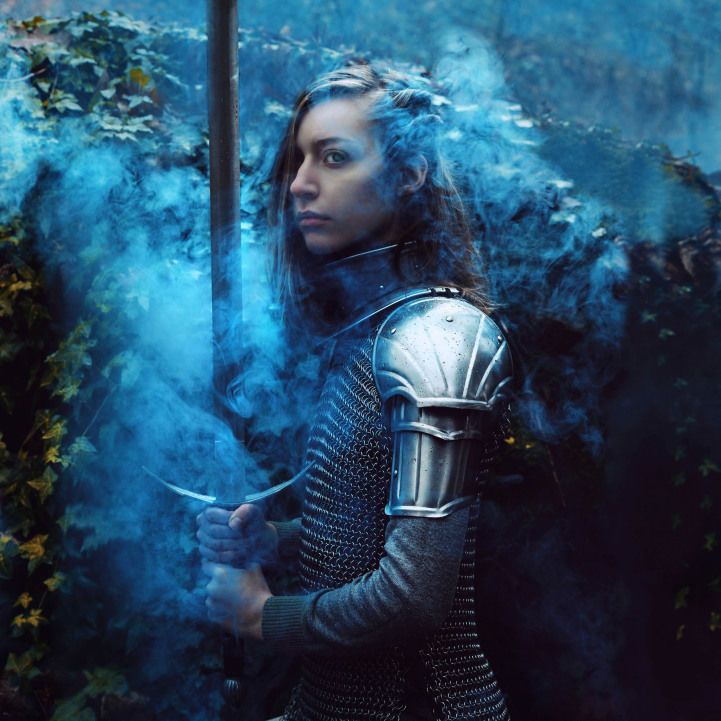 M — July 19, 2016 — Art & Design
References: kindranikole & mymodernmet
Share on Facebook Share on Twitter Share on LinkedIn Share on Pinterest
Kindra Nikole reinterprets historical literary texts by changing the famed medieval knights known typically as male characters to be strong females in her photo series Árísan. The photos draw on figures mentioned throughout the legends of King Arthur, and subverts the gender of those characters to be instead female. The illustrations are simultaneously whimsical and powerful.

The Árísan series transports viewers back to medieval times, highlighting the characters dressed in the garb of knights while riding horses, wielding swords and preparing for battle. The photos capture women portraying the knightly roles of characters such as King Arthur himself, but with distinctive feminine tones. In other words, the gender reversal embraces women as the knights with dresses adorned with metallic plates, headpieces and floral crowns.

The illustrations were shot in Canada to recreate the forested terrain of the Middle Ages.
3.7
Score
Popularity
Activity
Freshness
Get Better and Faster

Collaborative Photography Apps
'FStop' is an App That Connects Models, Photographers and Stylists