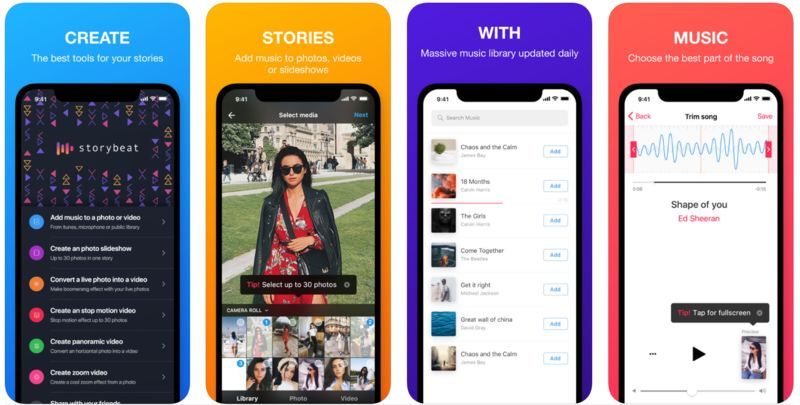 'Storybeat' Adds Music to the Story Features on Social Media

Joey Haar — May 25, 2018 — Social Media
References: itunes.apple & producthunt
Share on Facebook Share on Twitter Share on LinkedIn Share on Pinterest
There are hundreds of millions, if not billions, of users on social media platforms, so it's more than a little bit challenging to stand out from the horde; 'Storybeat' is a tool that helps give users a bit of difference in a sea of homogeneity. The app lets users create stories a la Snapchat, Instagram, and more that come with musical accompaniment, adding a dynamism that other users aren't likely to have.

The primary feature of Storybeat is its music. The app is loaded with the top tracks in a wide variety of genres, including pop, rock, rap, reggaeton, trap, electronic, R&B, and country, so users can include the music that most expresses their personality.

Since Storybeat is a standalone app that's separate from any of the major social networks, users can share their story creations on any platform they choose.
4.3
Score
Popularity
Activity
Freshness
Attend Future Festival

Gamified AR Lenses
Snapchat 'Snappables' Can Be Altered by Touch, Motion and Expression