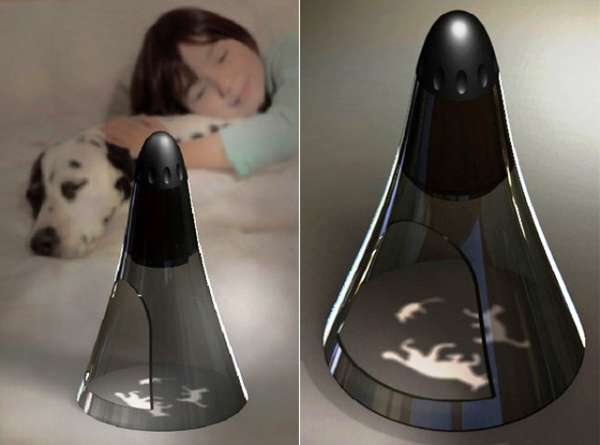 Michael Hines — March 5, 2011 — Art & Design
References: tinyurl & yankodesign
Putting your kids to bed may now be easier than ever thanks to the Story Tent Light. The Story Tent Light is a conceptual lamp from designer Hong Ying Guo that tells different bedtime stories using shadows.

The Story Tent Light comes with a variety of lampshades, letting your child go to sleep to a different story each night. The lamp itself is simple, consisting of only three parts, making assembly easy.

A lamp that combines a bedtime story and a nightlight is a great way to teach children to sleep by themselves. Often times, children will use a television as a nightlight. While kids do eventually end up going to sleep watching TV, they often stay up a lot later than they should. This can lead to a poor performance in school, which is something no parent wants. I'm not saying that the Story Tent Light will make kids smarter, but it should help put them to bed at a reasonable hour, which wouldn't hurt their chances at doing well in class.
0.7
Score
Popularity
Activity
Freshness