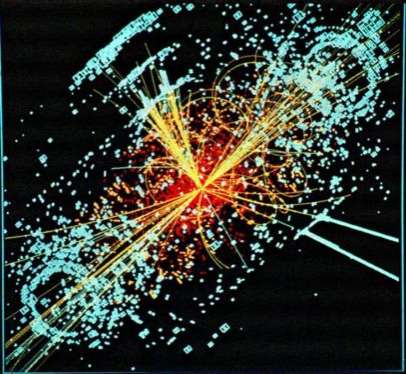 Dee Sandin — March 30, 2008 — Eco
References: lhcdefense.org & foxnews
Share on Facebook Share on Twitter Share on LinkedIn Share on Pinterest
A Hawaii man with a background in nuclear physics is asking a court to stop scientists before they destroy us all. Walter F. Wagner and his colleague Luis Sancho really have filed a federal lawsuit, which you can read on the link, in order to stop work on the Large Hadron Collider, on the Franco-Swiss border, a giant atom smasher set to start operating in May.

The plaintiffs' concerns are that the LHC could accidentally create strange new particles instantly transforming any matter they touched making a rapidly expanding black hole that would consume the entire Earth. That can't be good. The lawsuit reads "The compression of the two atoms colliding together at nearly light speed will cause an irreversible implosion, forming a miniature version of a giant black hole. Any matter coming into contact with it would fall into it and never be able to escape. Eventually, all of earth would fall into such growing micro-black-hole, converting earth into a medium-sized black hole, around which would continue to orbit the moon, satellites, the ISS, etc."

Oddlly enough, there is no mention in the documents of Mr. Wagner's indictment last month on charges of identity-theft, in an ongoing legal battle over a botanical garden on the Big Island of Hawaii.
2.6
Score
Popularity
Activity
Freshness
View Innovation Webinars

38 Over-Sized Designs that Snub the Recession