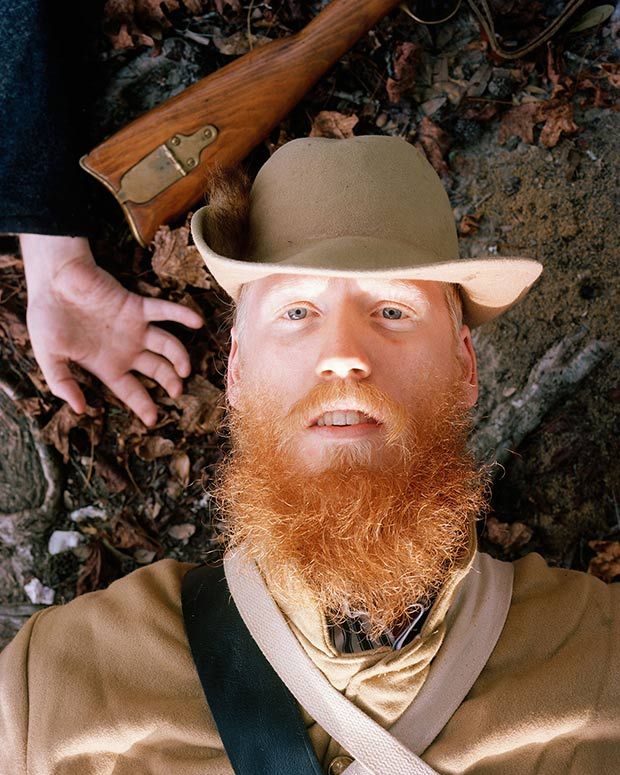 Dudik was fascinated by the fact that over 10,000 people traveled across the country to participate in the Gettysburg Re-Enactment, clearly intent on playing long-dead soldiers. The participants are often quite serious about their bizarre hobby, stoically and determinedly feigning their own deaths, without a flicker of irony. Even more interesting is the fact that the players are offered a degree of control in the game, as they can choose the moment of their own fictional death. Some players, for instance, choose to die several times during the conflict.