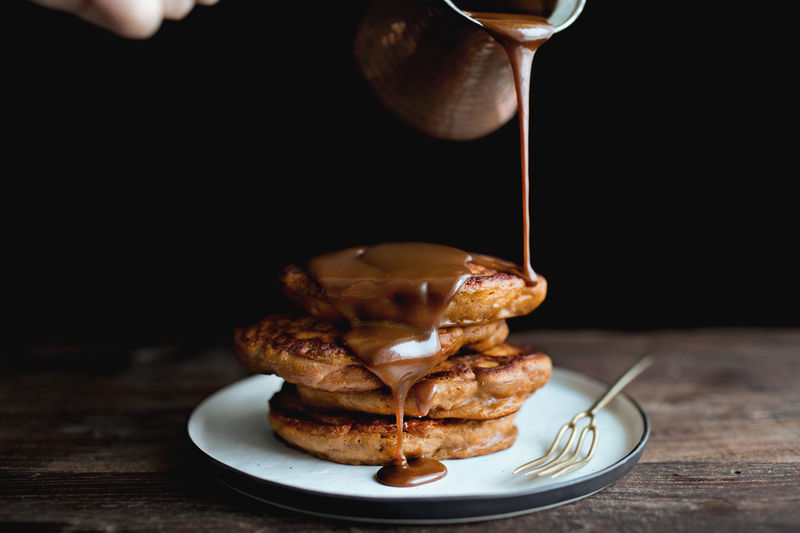 The Sticky Toffee Flapjacks are Inspired by a Traditional English Dessert

Alyson Wyers — October 28, 2015 — Lifestyle
References: ladyandpups & howsweeteats
These sticky toffee pancakes are perfect for people who would prefer to eat dessert for breakfast. Created by the blog Lady and Pups, the flapjack recipe takes inspiration from a steamed dessert from England that consists of moist sponge cake, dates and a toffee sauce topped with vanilla custard or ice cream.

Described as "a bubbly symphony of butter and cream, sugar and honey, a pinch of sea salt and brandy here and there and that last touch of vanilla," the dish is very sweet, but less so than the pudding it takes after. The lighter sticky toffee pancakes have crispy edges, a soft and fluffy middle and are quick to make. Instead of using dates, this recipe mimics the flavor with molasses, ground cinnamon, grated ginger and allspice.
5.6
Score
Popularity
Activity
Freshness